A downloadable game for Windows

TAKE ME HOME IS A GAME ABOUT:
-DRIVING THROUGH THE BACKROADS AT NIGHT
-TALKING TO STRANGERS
-POSSIBLE DEATH
-DREAMS OF BETTER DAYS
-THE GHOSTS YOU TRY TO IGNORE ON YOUR DRIVE HOME
-MARRYING YOUR BEST FRIEND

SOUNDS AND MUSIC FROM HERE

I'd love to play this. Any chance this is getting a MAC OS release?

I can see what I can do, but my pc is out of commission so it’ll have to be when I get it fixed

Thanks for the response. Hope to see something soon!

I like that the endings vary so much! It really makes me want to get all the endings and replay it, which is great! Good job!

So, I think this's a really good game. I think this might be the first time I've heard/experieced a story with gay characters who truly felt human, flaws and all. I only got one ending so far, the Matrimony one (which I'm assuming is the least tragic), and I think it was pretty good, but I feel like the way the blonde guy snaps was kinda sudden and without a really compelling motivation. I know that it was forshadowed throughout the playthrough that the blonde guy was up to something, and the curse supposedly took control of him, but I think the moment where he threatens the beared guy would have been more impactful if there was a compelling motivation behind it, like the blonde guy truly couldn't go on living because of everyone's judgement, and he wanted to take the bearded guy with him, but the blonde guy was desparate and confused about it rather than outright malicious. That was just an example, you don't actually have to use that exact situation, but you get the idea. Regardless, I thought it was an awesome game, and I can't wait to see what else you make.

Reply
Raithias2 years ago
I thought the deer was going to spice up the horror element. I didn't really consider this a horror game. I did play it i'd say really safe though and, maybe the other options would have led down worse paths. The style you chose was interesting to have it like an undertale text box dialogue.  Some might not enjoy the minimalist approach you have chosen though. I think it sets it apart from other VN's in my opinion.
Reply
MadPanda Games2 years ago

I got two of the endings and I can't wait to get the rest of them! This was a really good game with an interesting story and great atmosphere. Great job!

With its low budget graphics and apt backsound, it's rather success in delivering a touching narrative but also will haunt your night for especially the metaphors of everyday life's problems (who am I kidding, there literally is a list of warnings in this game page :'D )

n.b. I had achieved the other 6 endings, but stuck in the search of the 7th... It may be cloistered because of the bugs at The Bridge that have been mentioned by Neco The Sergal below, or may be there is a Bad Ending with The Drifter...

A WALKTHROUGH HAS BEEN ADDED TO THE DOWNLOADS. FEEL FREE TO USE IT.

Reply
Neco The Sergal2 years ago

I'm curious though with how many endings there are, any Total # you can give me? :P Otherwise, first try gave me normal endings and no bad endings or deaths, woo.

THERE ARE SEVEN POSSIBLE FATES.

AND ONE HOPEFUL END.

I am enjoying the game so far. I'll be doing another part for the bad endings.

Here's my other vid for the rest of the endings

Reply
Neco The Sergal2 years ago

So I've been playing to get all the endings and everything, but I think I'd discovered a fatal bug, at the Rotting Bridge part, going Fast or Slow, no matter the choice I make, the driver/blonde guy will always want to drive through fast, thus getting me killed by the woman. Hope this gets fixed so I can continue playing and getting all endings :P of like 6-7 endings too I haven't seen that cathedral yet, is it after the bridge if one survives it? ;o Or elsewhere?

The issue should be fixed! Thank you for pointing it out! 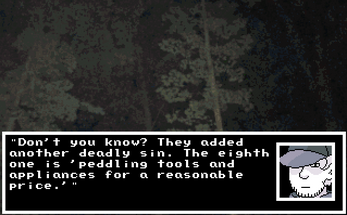 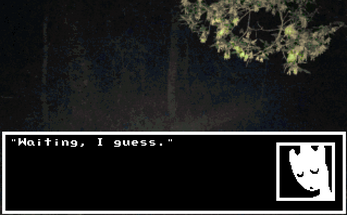 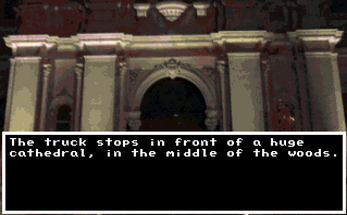 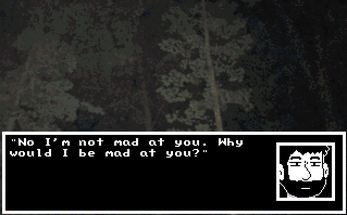